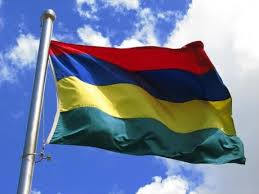 Mauritius claims sovereignty over the Chagos Archipelago situated 1,287 kilometres (800 mi) to the north east; the United Kingdom excised the archipelago from Mauritian territory prior to Mauritius' independence and gradually depopulated it. The islands of Mauritius, Rodrigues and Réunion, 170 km (110 mi) south west, form part of the Mascarene Islands. The area of the country is 2040 km2. Its capital is Port Louis.

The first Portuguese explorers found no indigenous people living on the island in 1507. The Dutch settled on the island in 1638 and abandoned it in 1710. Five years later, the island became a French colony and was renamed Isle de France. The British took control of Mauritius in 1810 during the Napoleonic Wars. The country remained under British rule until it became an independent Commonwealth realm on 12 March 1968 and a republic within the Commonwealth on 12 March 1992.

Mauritius is divided into nine districts which consist of different cities, towns and villages. The island of Rodrigues used to be the country's tenth district before it gained autonomous status in October 2002.

The country is multi-ethnic and multi-cultural; most Mauritians are multilingual, and English, French, Creole and Asian languages are used.

The government of Mauritius provides free education to its citizens from pre-primary to tertiary level. Since July 2005, the government introduced free transport for all students. For the year 2013, government expenditure on education was estimated at about Rs 13,5 million, representing 13% of total expenditure.

The government system is closely modelled on the Westminster parliamentary system. Mauritius is highly ranked for democracy and for economic and political freedom.

The environment in Mauritius is typically tropical in the coastal regions with forests in the mountainous areas. Seasonal cyclones are destructive to the flora and fauna, although they recover quickly. Mauritius ranked second in an air quality index released by the World Health Organization in 2011.

The prevailing trade winds keep the East side of the island cooler and also tends to bring more rain. There can also be a marked difference in temperature and rainfall from one side of the island to the other. Occasional tropical cyclones generally occurs between January to March and tend to disrupt the weather for only about three days bringing a lot of rain.

The island of Mauritius was the only home of the Dodo bird. The bird became extinct fewer than eighty years after its discovery.